So it's probably fair to say at this point that most of the things in my spring plan aren't getting made. I've not been in the right frame of mind to start an enormous time-suck project, and anything requiring me to buy new fabric has been shunted to the back of the queue. It's not that I haven't been making things; I have. But I've been making jersey dresses with fabric I already own, and here are two of them: 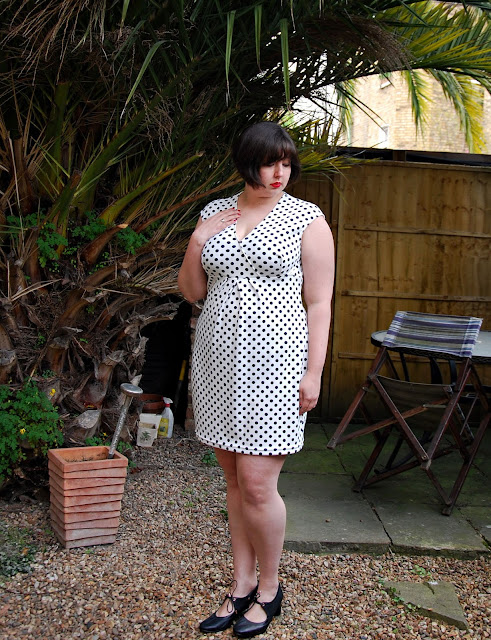 It's a white dress. This hasn't happened since primary school.

My original intention was to make the fuller-skirted version of Vogue 8972, and I got as far as cutting the pattern out before I realised just how flouncy the skirt was. If I'd tried to make that in white I fear I would have awoken Teen Goth Jen from her slumber and then I'd have to spend the next eight months putting flowing black lace sleeves on everything to calm her down again. Which I think we can all do without. I'd still like to try V8972, but it's going to need to wait for a different fabric. 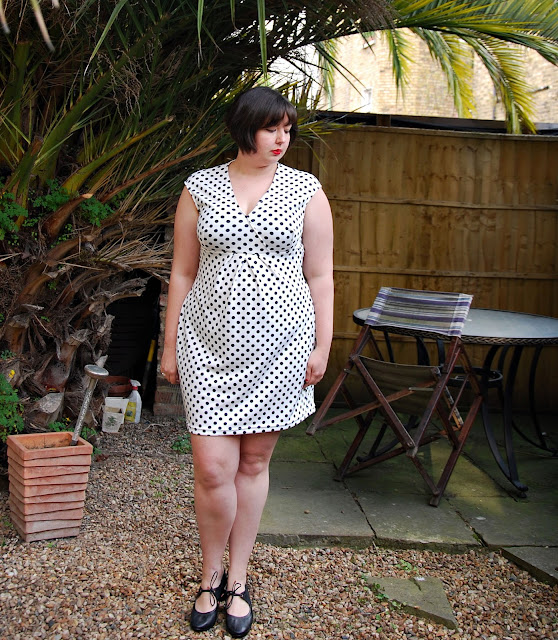 The pattern I ended up using for dress #1 is Vogue 8724, which I bought online after seeing a ton of positive reviews on the site (not so common an occurrence). It's a mock-wrap bust with overlapping pleats at centre front and back princess seams, and comes with cup size options (YAY). The fabric is white ponte from John Lewis that my mother gave me for my birthday. It's SO soft I would happily just sit there and stroke it, but apparently people don't like it when you do that. Of course, they don't like it when you make it into a dress and then sit there and stroke your thighs either, but hey. 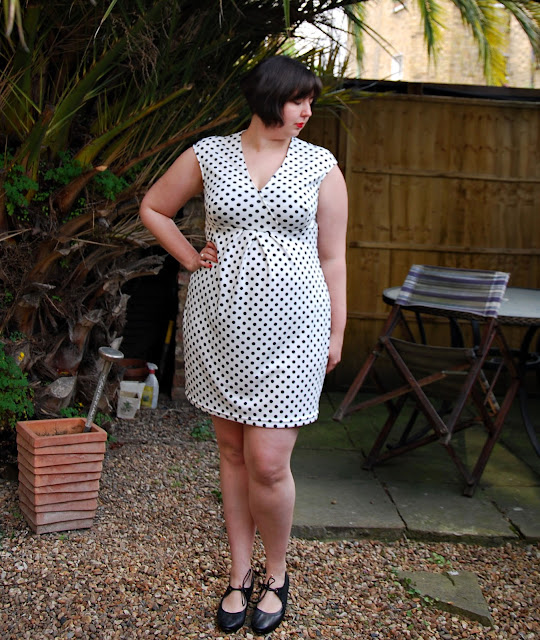 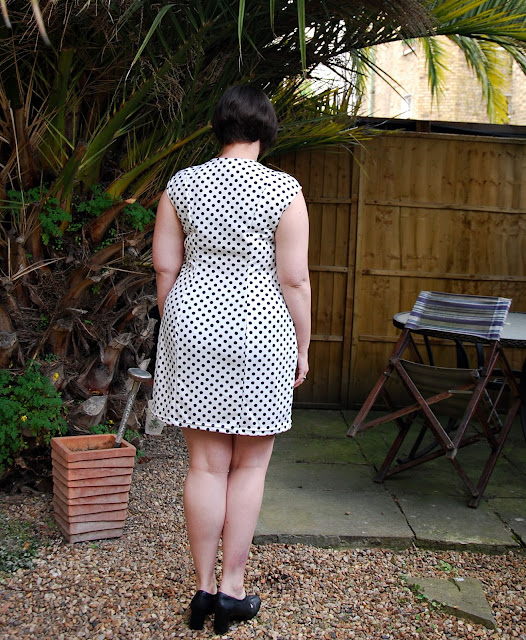 I knocked this up in a couple of hours and I really like it. The fit is great. The fit on the back is PERFECT and the only change I had to make to the front was to wrap the bust panels over a little further for modesty's sake. I sewed the panels together at the front along the neckline hem to guard against gapping, which seems to have worked pretty well and doesn't make any noticeable difference to the overall look of the thing. 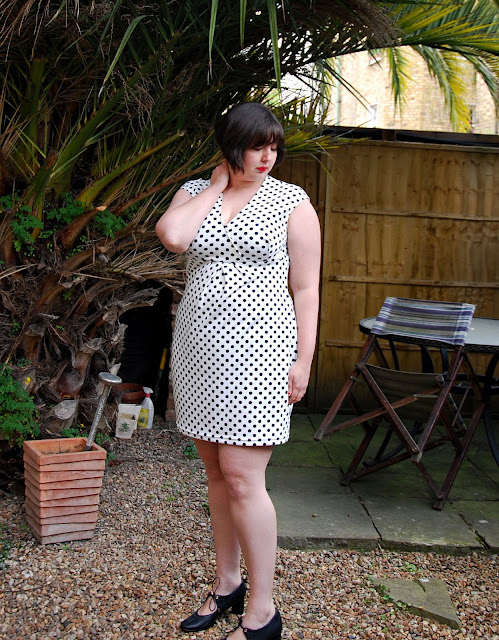 The pattern is a yay, and I recommend it if you like the style. After a couple of wears I even got used to the extreme white. My main concern with this dress is its versatility. I would consider this to be a 'nice' dress (i.e. not slobbing around at home and running errands), and my 'nice' dresses are usually worn to weddings, dinners and dances. Wearing white to a wedding is still a faux pas, and if I wore white while eating literally anything or even existing in the same room as food I would become one giant stain within seconds. I also don't think I'd ever wear this dress dancing - I strongly prefer to have cleavage covered up while doing full body contact dance. With this last point in mind, I made a second dress with the leftover fabric. 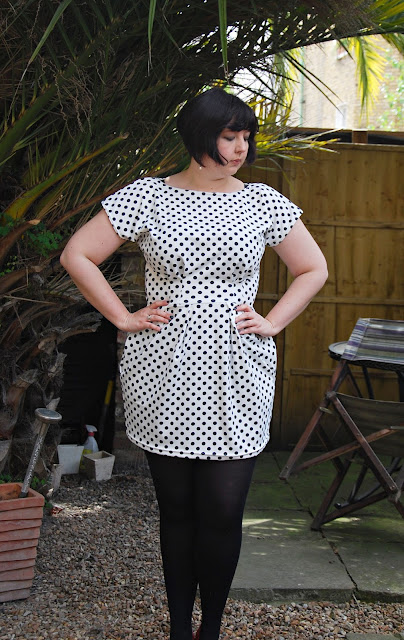 This dress is the same By Hand London Anna/Sew Over It tulip skirt mash-up as my tropical print dress from October. That dress is one of my current favourites for dancing in, so I thought I'd make another. I made a couple of changes, both of which were ill-advised: I added a bit more length to the sleeves, which I don't think I like, and I added pockets, which are somehow too small to fit my hands in even though I used the same pattern I normally do. Sigh. This is the problem with sewing as therapy.

The first dress is much nicer, and I'll be looking for excuses to wear it. The second dress is a better fit for my wardrobe. I am counting both as successes. 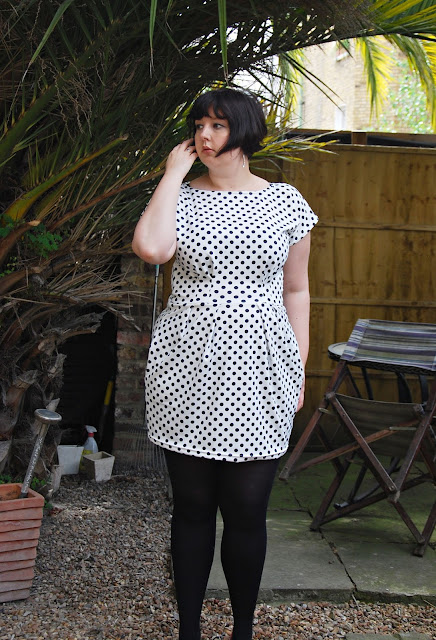 On spring sewing: I'm still going to do the red dress, and rather than making trousers I'm making a pair of shorts to try out a different pattern. I'll make better plans for summer, honest.
Posted by Jen at 10:00