Kielo part 2, and a bonus Concord

I wasn't intending to make another Kielo so soon after my first one, but the three metres of stripy Fabric Land jersey sitting in my stash started looking at me, and when fabric tells me what it wants to be instead of making me guess, I just roll with it. 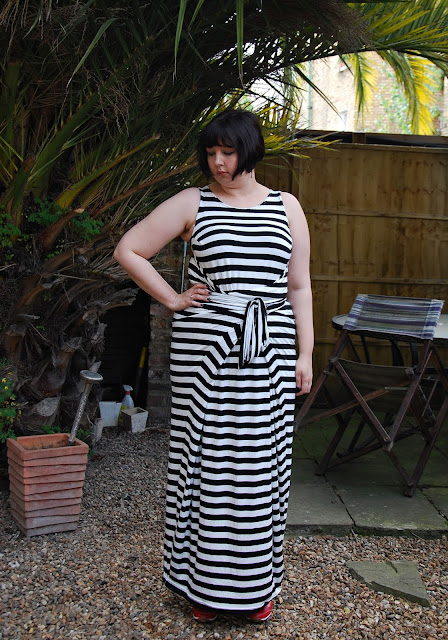 Kielo the second, very similar to Kielo the first. This one has the extra-special addition of secret pockets, an idea I stole from Catherine Daze. Every time I don't put pockets in a dress or skirt I regret it, and to be able to have them in a dress like this is amazing. I made the pockets big enough to fit my phone and not much else, and that's as much as I need. The first time I wore this outside was to an interactive theatre production of Alice in Wonderland, and having secret pockets to squirrel away all the random shit they give you on the way round was a blessing. (Which reminds me, the 6 of Spades is still in one of the pockets and needs to be removed before I wash it.) 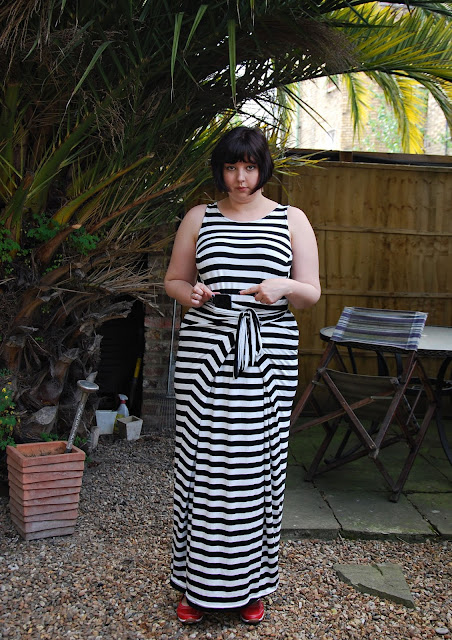 HAHAHA what is this face, Jen. This is where the pockets are, as demonstrated by my phone. 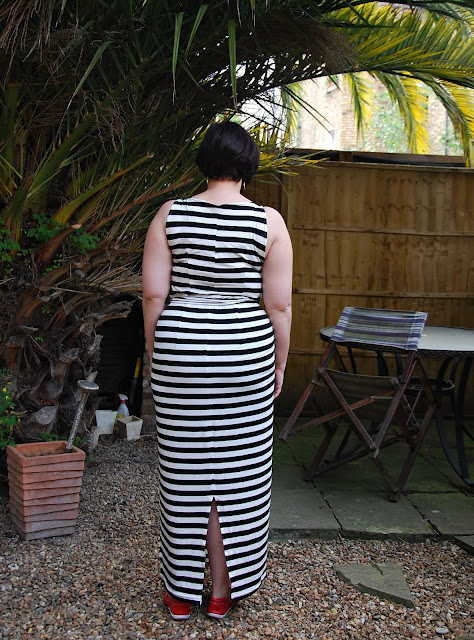 Pattern matching is slightly askew on the back bodice, but the skirt lines up pretty well.

I did bias facing instead of bands on the neck and armholes this time, and that worked much better. The fabric is less annoying to work with than the green jersey was, so the twin needle stitching looks better too (though not good enough for me to want to share a close-up. I WILL master you, various types of topstitching). 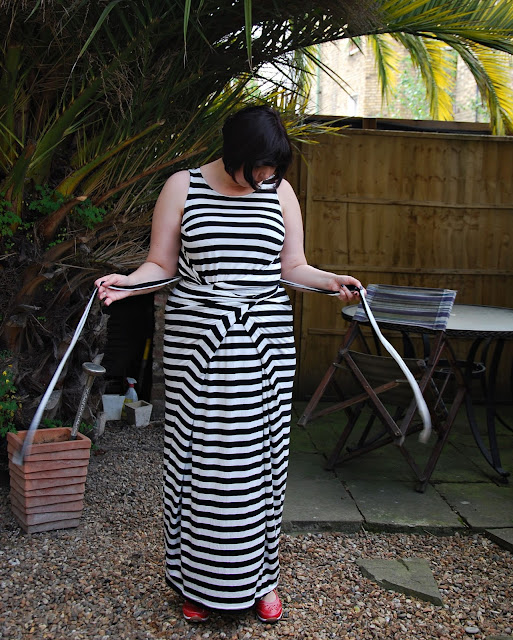 This dress is distinctive enough that I don't really want to make one in every colour, so unless we have a crazy hot summer and I want to be in maxi dresses all the time, I probably won't make any more for myself. I am going to make another for my mum, who has requested I make her one for her birthday this year (by which I mean I showed her a picture and she said "Ah, I'll have one of those then" then bought fabric for an entirely different dress so now I'm making her two birthday dresses. She is literally the only person in the world who is allowed to do this.)

I had a bit of leftover fabric, and I decided to try making another Concord. I'm glad I did; this is the best-fitting one I've made so far. 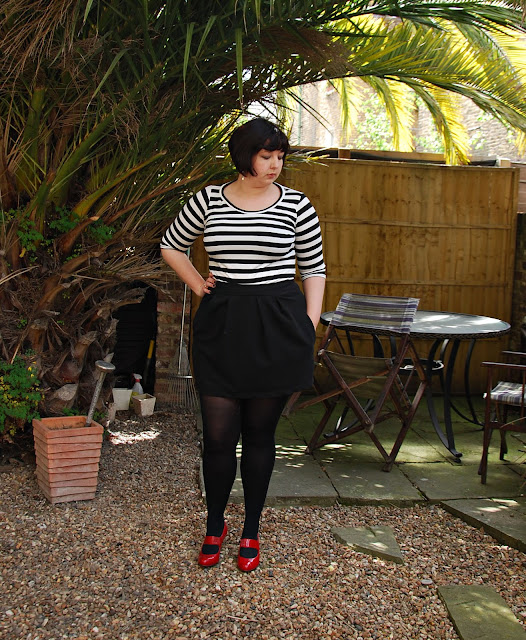 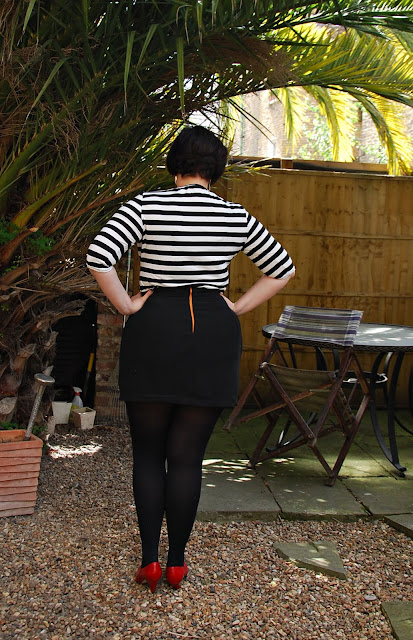 The fabric was extra wide, so I managed to squeeze this out of a half-metre remnant. Between the Concord for jersey and the tulip skirt for wovens, I barely have any remnants at all anymore. Which is nice, because it was getting to the point where I was hoarding awkwardly-sized remnants that I didn't want to throw out, sitting on top of them in a cave like some sort of fabric dragon. I made a 14 G/H instead of a 12 for this one, because I don't like my T-shirt tops as close-fitting as I like my sweater knit. There's not much else to say about this; it's a Concord, I like it, I will make more Concords. 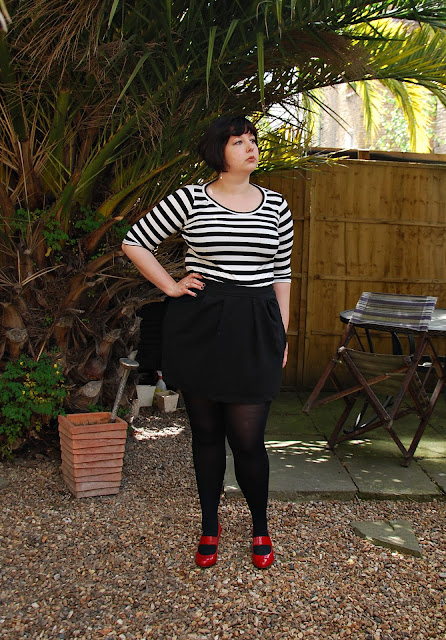 I'm unsure whether this counts towards my "tops that aren't grey or black" goal. On the one hand, it's still half black. On the other, it will introduce a bit of lightness to my outfits and I will definitely feel less like a secretary wearing this than I do wearing a black skirt with a grey top or vice versa. And it's already proving incredibly useful for Me Made May (I'm not doing roundups here this time, though I will do some kind of post at the end. My outfits are on Instagram @the_slapdash if you're not following me and would like to). Eh, we'll call it a pass on the basis that I do have two actual bright tops cut out and waiting for me to sew them up this week so I'm not wussing out of colour altogether.

Up next: I'm not sure. If I can get my trousers done by next week, that's what it'll be. If not, probably more wrap dresses. Not even sorry.
Posted by Jen at 10:00