Hey, I got to go fabric shopping! Walthamstow Market opened again last week so I swallowed my nerves and dragged my half-vaccinated ass onto the tube. The dude was there, unbothered as ever, and he had lots of pretty shiny new things for me. I got a lot of stuff (surprise) and I'd like to share it before I start cutting into it with wild abandon.

Most of what I have is solid coloured, and most of the colours are slightly off when photographed. I think I'm going to try and acquire myself a proper light; everywhere in this house is either extra sunny or too dark to take any photos at all. 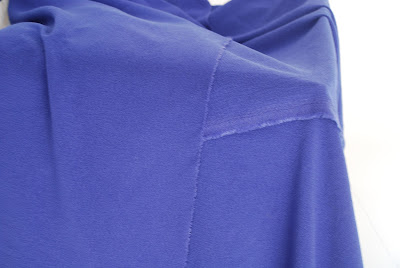 First we have a fairly standard crepe, dusty blue-violet in person, that I want to make into a pair of trousers. I want to try out the Gertie/Charm Patterns Lucille trousers, which seem to be wide leg and swishy without being quite as enormous as these (no shade to these, they're still one of my most worn items). Historically Gertie's drafting has worked well for me but I haven't ever tried her trousers. This one may not work and I'm OK with that. 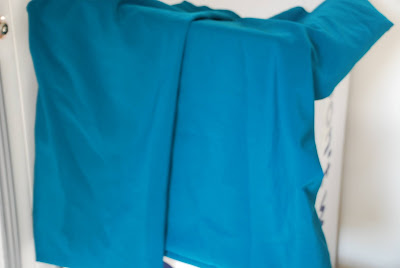 I didn't ask what this was exactly, I was too taken by the colour (it's much more turquoise in person). It's a mid-weight woven with a small amount of stretch. This is the only one I bought without a plan - I got four metres thinking I could maybe get two things out of it, but now that I'm home with four metres of it there's a little goblin whispering "make a massive fancy dress despite zero occasions to wear it, you know you want to". 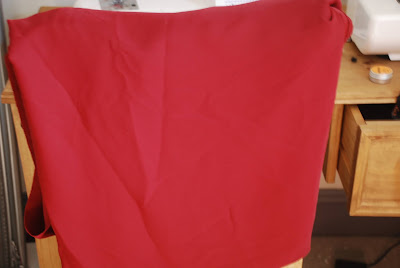 This is a microfibre crepe (which I've never encountered before) and I bought it basically because the dude recommended it to me. It's a very brick red in person and light bounces off it in a very interesting way. This might become my second attempt at the Simplicity jacket, but I want to play around with it a bit more first and make sure it'll actually work for that. When I was folding it after pre-wash it seemed to produce a ton of static, and I don't yet know if that's the fabric or just our oddly static-conducting new house. I might need to find an alternative pattern with a full lining. 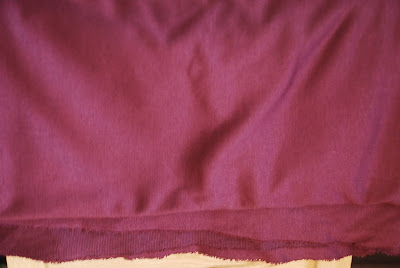 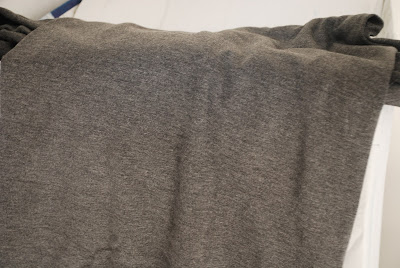 Two pontes next. One of them is destined to be the crossover hoodie view of the Closet Core Mile End sweatshirt, and I'm not sure about the other yet. When I bought them I was intending for the grey to become the hoodie and the burgundy to become trousers or joggers, but when I got back from the market and showed them to Patrick he said "ah, you've bought something to camouflage my trousers" and that's when I remembered that Patrick literally only owns burgundy trousers. I have made a pair in the past and I ended up not wearing them very much because of how odd we looked together. So either I'll switch them round or I'll use the second piece to make T--shirts. 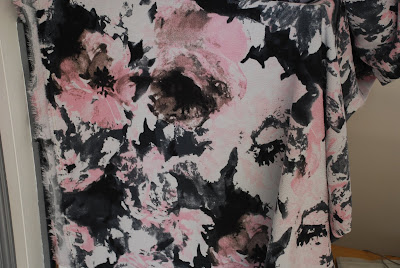 This one is a bit of a punt. It's not really me at all, and I have a huge amount of it (he was nearing the end of the roll, I ordered four metres, he asked me if I'd pay for five in exchange for six, so I did). It feels lovely, and it's a really beautiful weight. Part of this may become the spring maxi I mentioned in my plan, and the rest will become a dress to wear to my friend's wedding in August.

Today I finally ordered my cheap laser printer, which is hopefully going to make everything a lot easier. Once it arrives I'm going to start working on the trousers and the hoodie. My last couple of projects haven't turned out an end product I'm happy to share, but hopefully one of the two will come good and I'll have a proper finished garment post within the next week or so. And if not... I'll probably go right back to the market, tbh.