It's been an odd week. Parts of it felt almost normal. My parents came to visit, we made them dinner and took them for a wander round what will hopefully be our new stomping ground if all goes to plan. I braved the tube for the first time to go to Walthamstow, and I'm very pleased to report that the dude was still there (though he gave me a brief fright by having moved to the opposite side of the street), doing very well and remarkably sanguine about the whole thing. But at the same time, second lockdown is looming at some unspecified distance, my life situation is entirely up in the air, it's getting harder and harder to ignore how much this flat is falling to bits, and I had one of those therapy sessions where I go in thinking it'll be a light practical-help session and then she pokes me very slightly and I fall to bits because I'm constructed entirely out of scar tissue. All of which is to say, I didn't do my pressing last week. I finally got to it yesterday, and here's what I made. 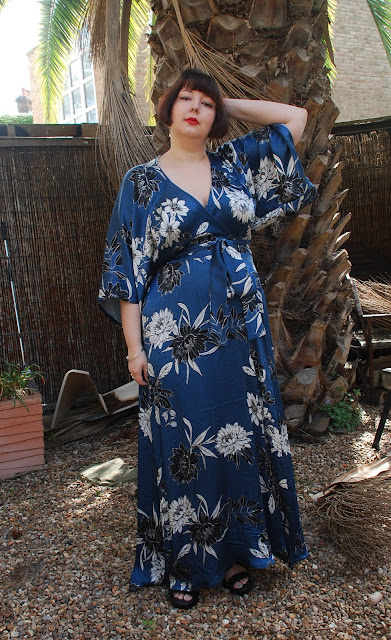 This is the Victory Patterns Trina dress, extended to full length and intended to be worn as a robe. I have a couple of robes in rotation (a fancier Named Asaka and a French terry one for when I get out of the bath) but they both have a tendency to shift and slip open which means I don't reach for either as much as I otherwise might. A more fitted one based off a dress pattern, I hoped, would up my chances of not accidentally flashing the postman. 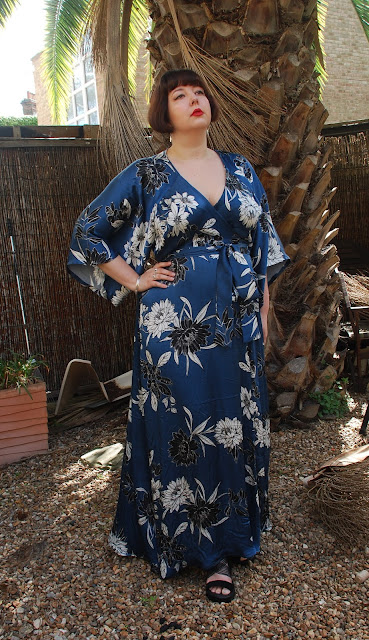 I shared this fabric before back in April. It's from Walthamstow and according to the dude it's viscose, but it's very silky and weighty, almost like a much less annoying satin. He still had some when I went there last week and I had to sternly argue myself out of buying some more (for what? I don't even know. But it was there and my lizard brain wanted more, possibly for me to stare at and wonder what to do with for the next three years). One thing I don't think is quite coming across in these photos is how shiny it is. If I'd made this exact thing in a different fabric it would absolutely be something I'd wear as a regular dress - and I might do that at some point - but the shininess of this viscose keeps it firmly in bathrobe territory. 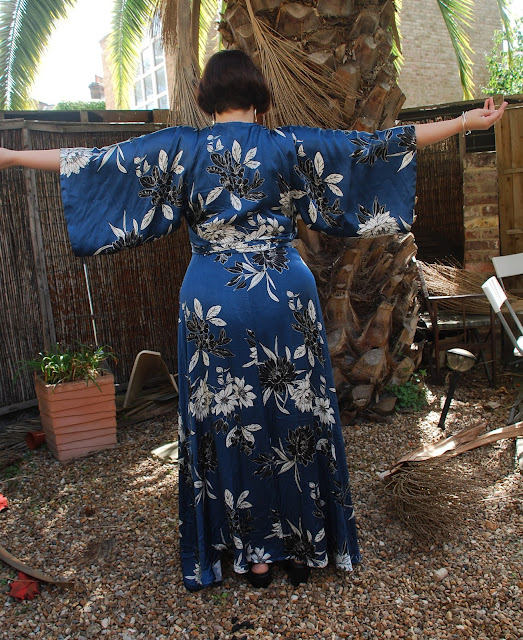 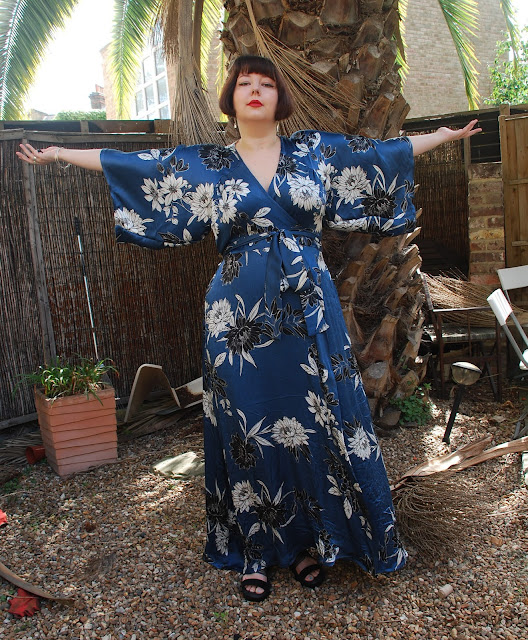 (I love these sleeves so much.)

My method of lengthening the pattern was a very unscientific "how much length can I add while still being able to fit all the pieces on the fabric" one, which gave me the perfect length in the back right off but the hem edges on the bias ended up needing significant trimming (as you might expect). It's properly floor-length for normal wear and hovering a bit in these photos because I'm still trying to break in my stupid extra-high sandals. The length was the only alteration I made; otherwise the size and construction was much the same as last time. Now I'm on my third version I understand the pattern enough not to be confused by the overly detailed instructions, so I enjoyed the process a lot more this go round. 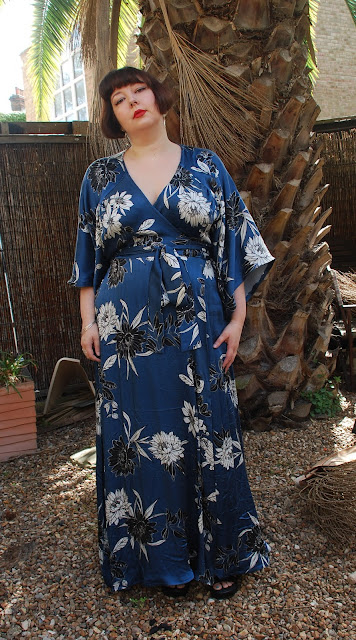 I'm incredibly pleased with this robe, it's exactly what I was hoping for. It fits like a dress but has the comfort of a robe, and though I mostly intend to wear it on its own like this, I've found I can also wear it over tops without it looking too weird. It's surprisingly warm and also breathable, so it's going to be perfect for autumn. There's the tiniest amount of give in the fabric - nothing close to stretch, but just a faint bit of movement - which makes for a really great-fitting wrap. I love everything about it. 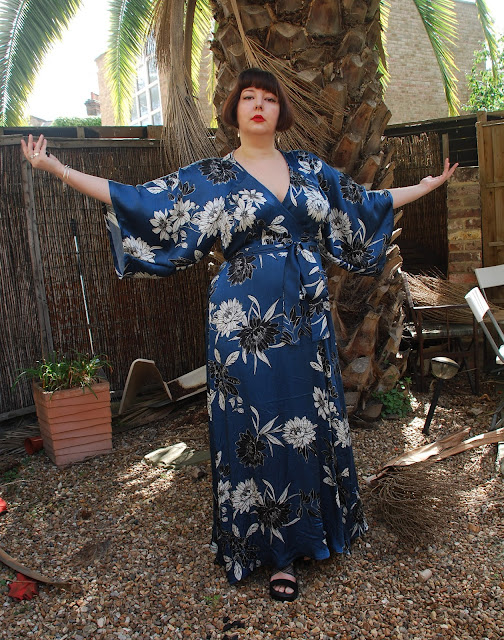 When I planned to make this I had fully expected the end result to be a straight-up Miss Fisher 20s fantasy, but in practice it is extremely 70s in a way I hadn't anticipated. Don't get me wrong, I still love it, but I was very surprised the first time I tried it on in front of the mirror. I think it's a combination of the wrap neckline and the print. I almost never go 70s, but you know what, why not try new things as you stay inside and wash your hands a lot? 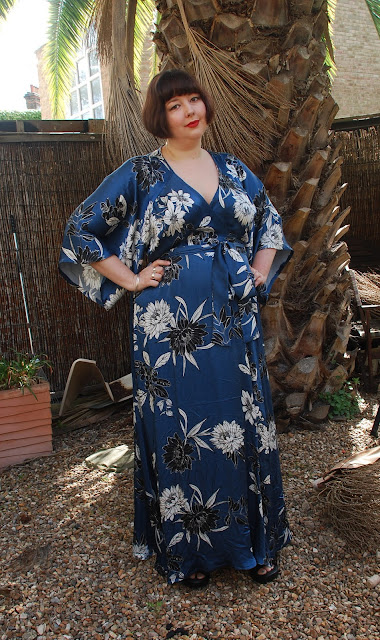 Upcoming! While I've definitely been missing more days as the month goes on, having the intention to sew daily has allowed me to get enough done to be finished with my plans a week early. My intention for the final week of August is to make That View Nobody Will Make of a pattern I bought a few months ago, strictly for the comedy value. If it's decent (in the "will contain my boobs" sense rather than the "will look nice on me" sense) we can all have a collective laugh at it, though I want to post my autumn plans before we get to that. Then I'll have to decide if it's worth anybody's time to make a post featuring two Kielo dresses, one of which is plain black and the other of which is a near-exact replica of one I already had. Maybe if I surround it with sewing-related musings and make a large number of really terrible jokes?
Posted by Jen at 11:00