A few months ago, I was suddenly hit by a very strong desire to own a cropped stripy hoodie. This was partly because I'd bought some really lovely stripy ponte without a clear idea of what to do with it, partly because I literally never make jumpers I can layer over things and so always end up in old RTW when it's cold, and partly that I'd just made Patrick's hoodie and had hoodie envy. 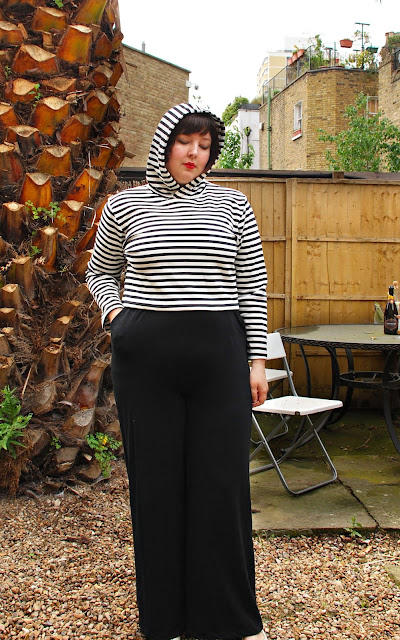 I didn't want raglan sleeves, so rather than alter the Burda pattern I used for Patrick's, I went looking for another. There is apparently no such thing as a crop length hoodie in the sewing pattern world, unless you count that one Mimi G pattern that's literally just a hood and some sleeves, and standard hoodie patterns are all much of a muchness, really. I dithered over it for some time and finally bought the Jalie unisex hoodie pattern, mostly because I was looking to make a birthday present for my father at that time and it seemed to make sense to get a pattern that could do both. 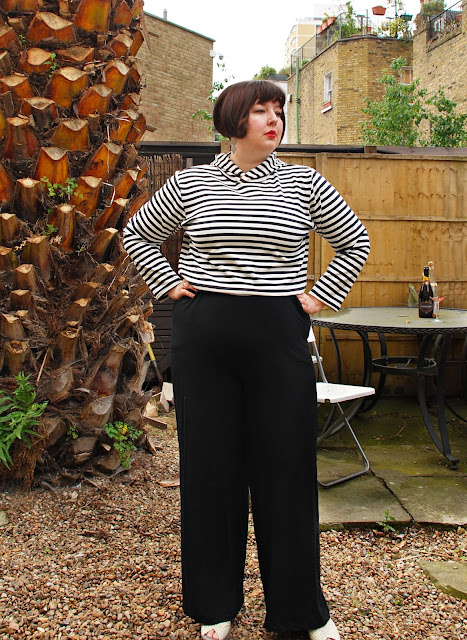 As it was left to me to decide what "cropped" means, I made it a bit shorter than full length then stood in front of the mirror pinning the hem in various places to get it to hit the right point on my waist. I wanted a loose silhouette but still have the shape of my waist be visible, so that this has a chance of being part of my everyday wardrobe and not just something I shove on to slob around the house in. Overall I ended up taking six inches off the original pattern, and I think this is about right. My smallest point is still covered here, but I have a super-short torso and if I'd taken the hem up any higher the proportion of the hoodie itself would have been thrown off.

I left off the kangaroo pocket. I had the options of "cropped at the right place", "kangaroo pocket", and "not having really weird pocket boobs" and could only pick two out of three. I also just hemmed the hoodie with a twin needle rather than putting bands on; I didn't want a hem band for previously mentioned proportion reasons and decided it would be more cohesive to leave them off the sleeves as well. This does make the sleeves a tiny bit short but that doesn't really bother me. 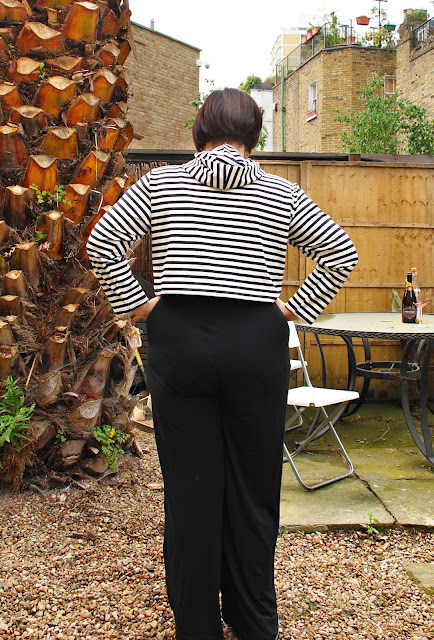 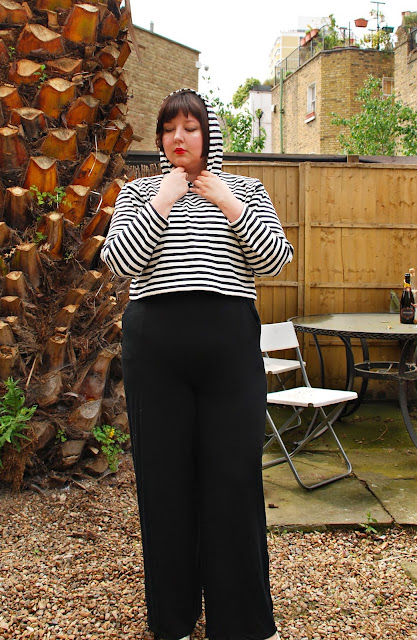 The neckline and hood on the Burda pattern are much better than this one. The neckline is SUPER small and I'm not a fan of that at all. The hood also doesn't have a drawstring and eyelets, which I would have preferred (I know I could easily have added them, but I didn't realise it until I'd attached the hood to the neck). On the version I made for my dad, which was a regular jumper and not a hoodie, I ended up cutting out the neck binding entirely after my first attempt because the neck was so small. Cutting it out made it slightly too big, so I think I'd have to be careful how I altered it in future. He seems fine with it, though. 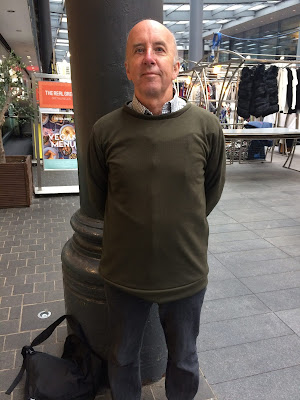 (Dad is not a model. I stopped after four photos because his face literally wasn't moving and I was getting worried. He's very pleased with it, though.)

I will definitely make this again. When it gets colder I'll probably make another one for myself, and I'll try and mash it up with the Burda hoodie to get the neckline and hood style I prefer. I'll also almost certainly use it again as a default "promised I would make this person a jumper" pattern, though still with a modified neck because it is SUPER small and few people want that. I'm definitely down to try more Jalie patterns after this - some of their activewear stuff in particular looks fantastic. Yay good pattern companies! 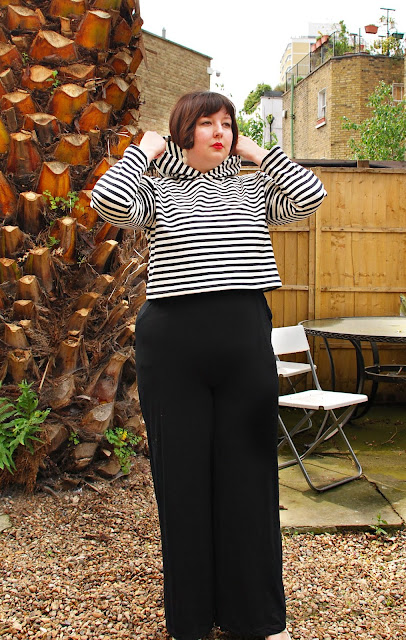 Intense staring off into middle distance while dramatically popping a hood!
Posted by Jen at 10:25