I know a lot of sewing bloggers do these end-of-year wrap up things, and I have to admit that I'm always much more interested in the failures. As much as I like to see beautiful things that people have made, sometimes I just really want to hear someone punch through the barrage of sunshine that is sewing blogger pattern reviews and say, "You know what, this was rubbish." And in the spirit of being the change I want to see, here is some stuff that was rubbish. 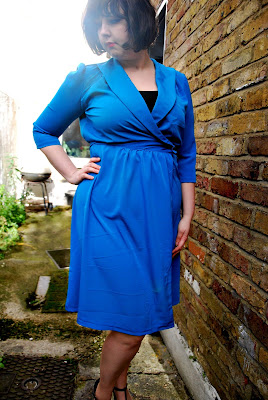 BLEUGH. You all know I hate this. This ill-fitting frumpy static thing upsets me on a visceral level. The second version I made was much nicer, but honestly the pattern felt like it was still in the stages of being developed and definitely wasn't worth me pining over it for two years. 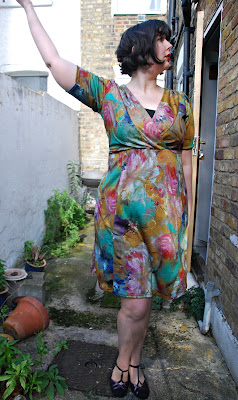 Ugh, I felt so goddamn uncomfortable the one time I wore this out of the house. It's now a skirt that I like and get wear out of, but that doesn't excuse the dress version. I made up the Wren pattern three times, which produced one dress I really like, but I almost feel like that was blind luck and a fortunate fabric choice. I will definitely not be making this pattern again and am in the market for a better version.

I was trying to be nice about these at the time, but I think they survived maybe three weeks after I took these photos before I threw them away. I just hated everything about them and I wish I'd used this nice stretchy suiting to make something different. They straight-up don't fit. As much as I love my Anna dress, BHL's sizing is super weird to me and I think maybe they don't intend their clothes to go on a body type like mine. 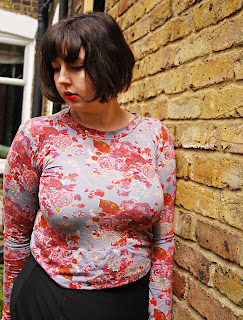 I don't know what this even was. Why did I think I'd want to wear this? This fabric looks like a skin disease. I had a strange two-week period of being interested in incredibly girly florals, and as soon as those two weeks were over I hated everything I'd made. Even setting fabric aesthetics aside, the pattern really did need sweater knit and just doesn't work in viscose jersey. It is truly awful and ugly as hell and probably my worst garment of the year. Even worse than the static travel agent dress that made my thighs look like an elephant's face. (You can't see the elephant's face? Scroll up and LOOK AGAIN.) 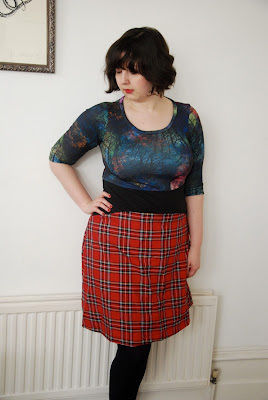 This one is just a bit of a WTF, to be honest. I never wore it. I think I saw one really nice version somewhere on the internet and bought it because of that, but this really wasn't the way to go about it. I do really like the fit of the bodice, though, and it's since been unpicked and is waiting for me to find another skirt to attach it to. I also might make a tartan skirt, now that I think about it. All the elements are OK, it's just a terrible dress. 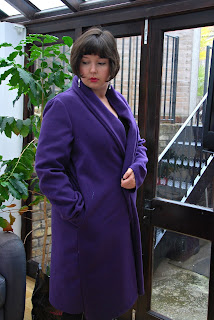 SO MUCH FAIL. It didn't fit, I didn't understand the instructions, it didn't look anything like the envelope photo, and everything about it was bad and discouraging and frustrating. I hope my next coat-making experience goes a little more smoothly.

Up on Thursday: resolutions!
Posted by Jen at 10:00