Yeah, I made another one. 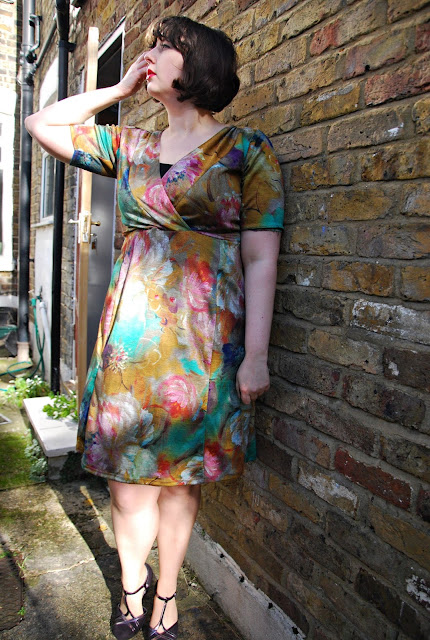 This is an amazing thick jersey I picked up in the Sew Over It shop the week before my birthday. I saw it online and kept talking myself out of buying it because finances, so by the time I decided that no, I really did want it, I got the last metre-and-a-bit that they had (they got it in a red colourway shortly afterwards and it's nowhere near as nice). 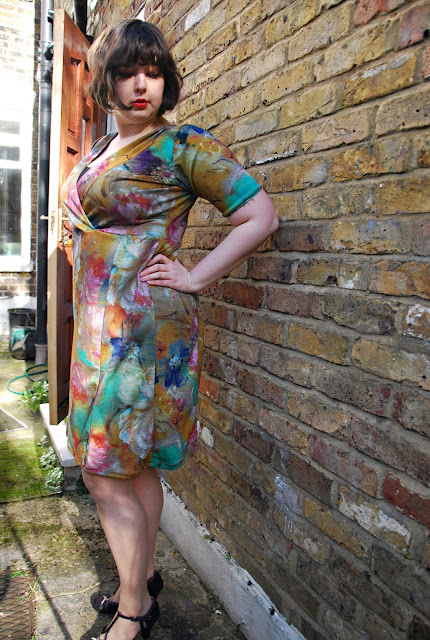 I didn't have any extra fabric to play with, so I spent ages on the layout. According to the instructions, what I had should have been just about enough for version 1, but I wanted to put sleeves on it as well. I actually did better than I thought I might; I was prepared for this dress to have the short Wren sleeve even though I wanted longer, but I managed to lay it all out with some space underneath the sleeve to extend it. I just tapered down from the pattern piece rather than drafting anything new. 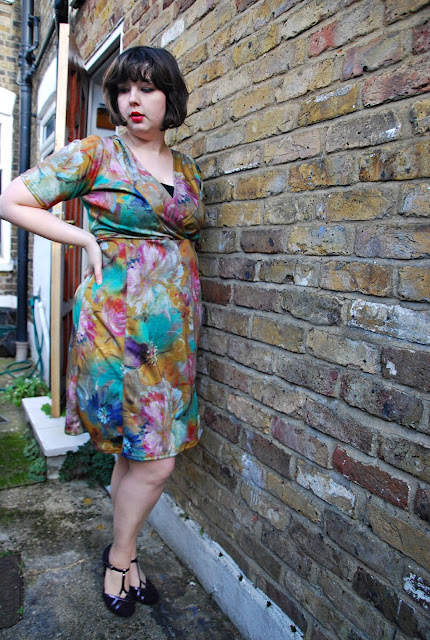 This basically came together as it has before, except the back skirt piece was huge at the waist for some reason. The jersey was too heavy for gathering to work, so I just put in a couple of darts on the back piece. 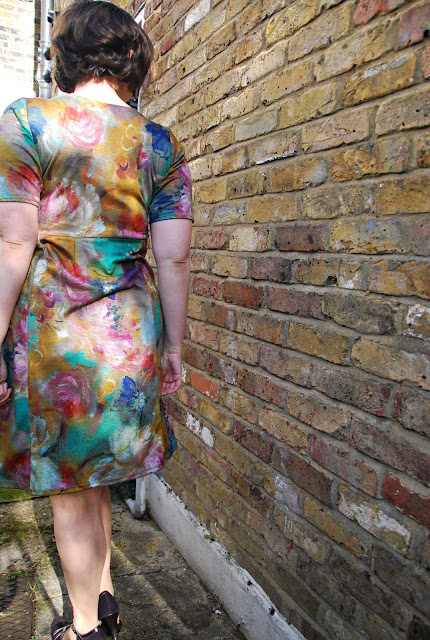 (The fabric doesn't normally pool like this, it just got hitched up a bit)

It's quite a weighty dress, so it's not especially versatile, but I wore it out to dinner on my birthday. On that first wear I spotted that the neckline gapes when I sit down (this is not a particularly stretchy jersey), so I need to sort that out before I wear it again. I'm also considering making the skirt a bit shorter, but I haven't decided yet. 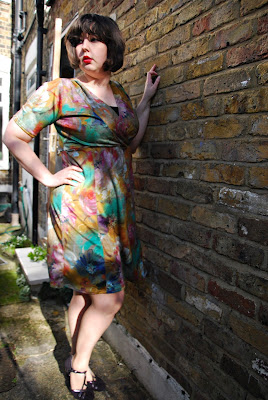 This dress wasn't as successful as my grey one, partly because the jersey is so thick it almost doesn't behave like jersey at all, and partly because this fabric is amazing but not really me. However, once I sort out the neckline weirdness I think I will still wear it. And even if I don't, I won't regret making the dress. 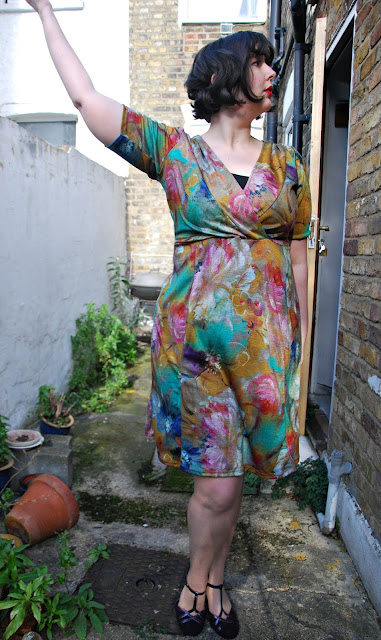