I am making my way slowly but surely through the things that were already in my stash. This whole confined-to-the-house thing has changed the way I'm approaching my resolution to get through all the fabric I'd bought prior to this year; I'd divided things into seasonal categories so that I would use each fabric during the time I'd be most likely to wear a garment made from it, but now my rule is simply that if I already know what pattern I'm going to use, it goes into the queue to make now. 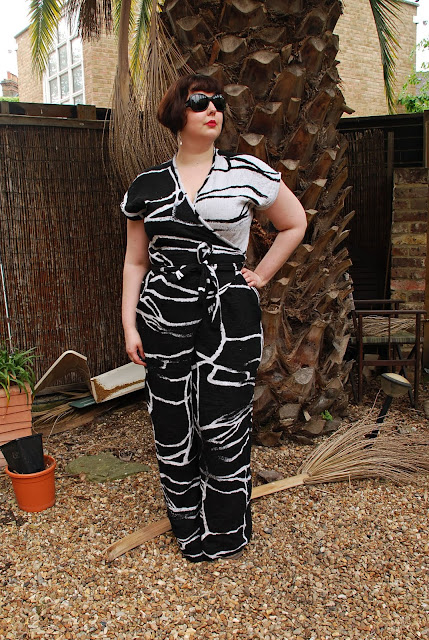 (I tried multiple times to get these pictures over the weekend, but it was so bright that I couldn't get anything usable. I had to run out and take them this morning. It's cloudy today so there's really no need to wear sunglasses, but I didn't sleep at all last night and have some truly prodigious eyebags that nobody needs to see.)

This Zadie jumpsuit really isn't that unseasonal, as it happens. It's been a remarkably warm and blue April and my jumpsuits have been getting plenty of wear already. When I made my red one I said I didn't have room for more than three, and that is... not true. I had made three incredibly summery jumpsuits, ones I didn't feel especially comfortable wearing when the sun wasn't blazing down in July (is it just me that gets strangers going "ooh, very summery, aren't we?" if I'm in a sleeveless maxi dress when it's less than 27 degrees outside?), and I don't have room for any more of those. But this, I think, isn't quite as specific and I can happily wear it on warmer spring days. 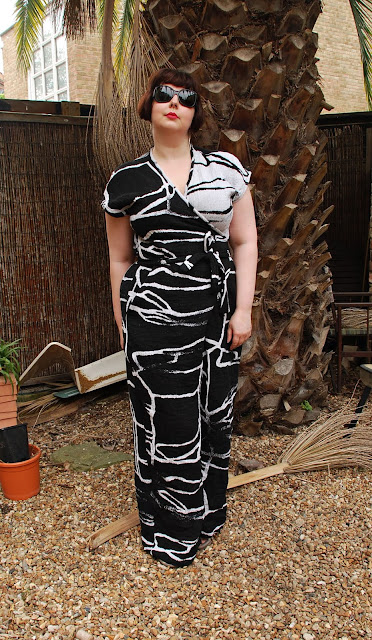 This fabric is a reversible double layer cotton that I got from Walthamstow last summer. He said it was an ex-Karen Millen. I'm a total sucker for reversible fabric but I didn't have a solid idea of what I was going to do with it. As I recall my immediate thought was a hot-weather dress, but because it's two layers of cotton it's a bit too bulky for a truly hot day and it's not drapey enough for a loose-fitting pattern. It only occurred to me to make a Zadie after summer was truly gone, because that's how it works sometimes. But here it is now! I think pattern and fabric go very well together. 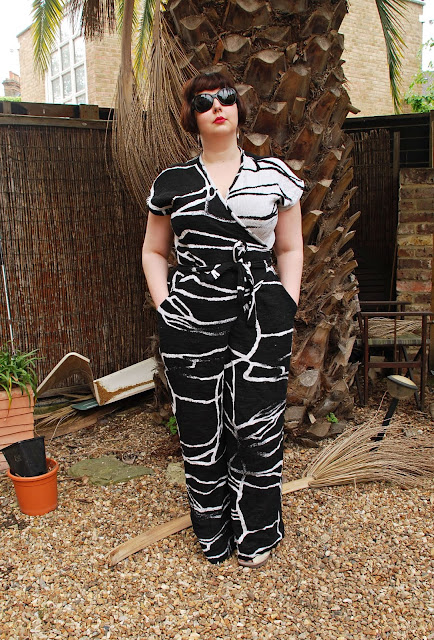 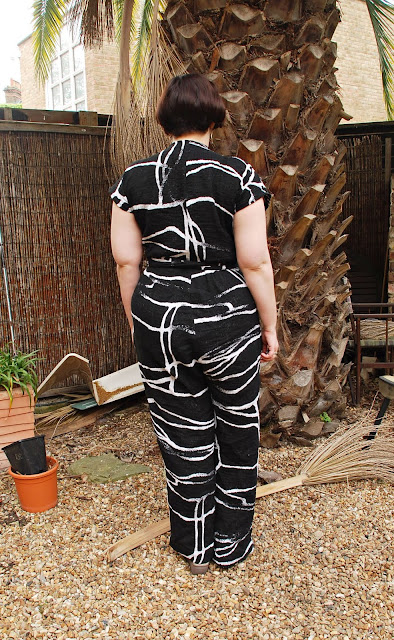 The most important thing to me was to take advantage of the reversible nature of the fabric. It's not that easy to find and I'm loath to waste it when I do. I knew I wanted to make one front panel in a different colour (I was intending it to be the over wrap rather than the under wrap, but I cut it the wrong way to do that and I'm quite glad because I think I like this better) and considered cutting various other pieces white side up, but eventually settled on just one half of the bias binding, meaning that both wraps could have a contrast edge. It's quite a subtle contrast because there are large streaks of both colours in the bias strips, but it does finish everything off nicely. 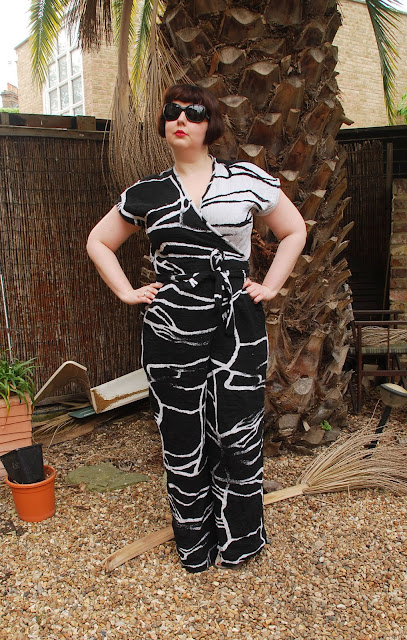 As always the pattern was fairly simple to make up, and as always I lengthened the legs by several inches because I don't like cropped trousers. I did forget to do my usual shortening of the bodice, and as a result the proportions are a tiny bit off. The bias binding was a bit more annoying than usual because the fabric is double layered, and at certain points (i.e. the points where it's not pick-stitched together) the layers would come apart and it was a bit of a pain to get everything into its nice little folds. 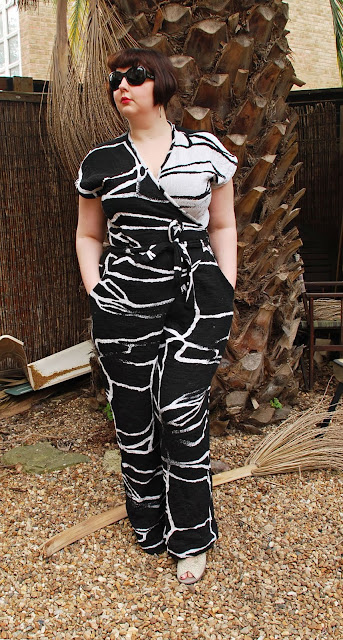 I really like this jumpsuit. The fabric is actually amazing for this time of year - it's that little bit thicker so you don't freeze in the shade, but also it's breathable so you don't sweat too much in the sun. From a certain angle it also reads quite fancy; it's the exact kind of thing I'd want to wear out to dinner while on holiday, but obviously that's a clothing category I'm not going to need for some time, sigh. For now I'm taking comfort in how easy it is to doss around in.

I have one more of these planned, as I think I've said before, in an indigo chambray. I ordered the fabric last week from a place I've never tried before, so I'm a bit apprehensive about what turns up. 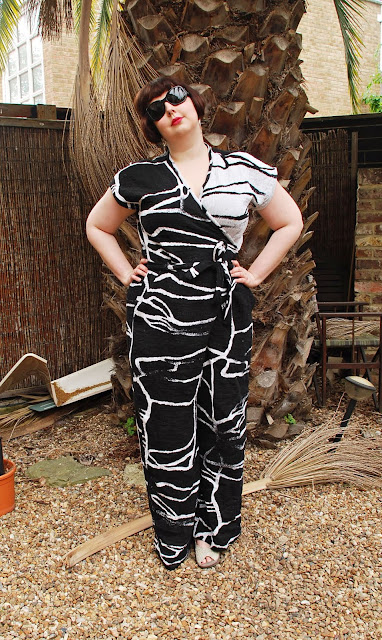 Up next will hopefully be the wrap skirt, though I'm still not doing wonderfully and motivation is scarce. If not, I'll find something else to post!
Posted by Jen at 12:00