I'm a couple of days behind on my posting schedule because this jumpsuit took me way longer than I expected, and was also incredibly frustrating. This post probably reeks of UTTER FURY but that's mostly because I'm writing it immediately and have no time to just go away and get a grip. 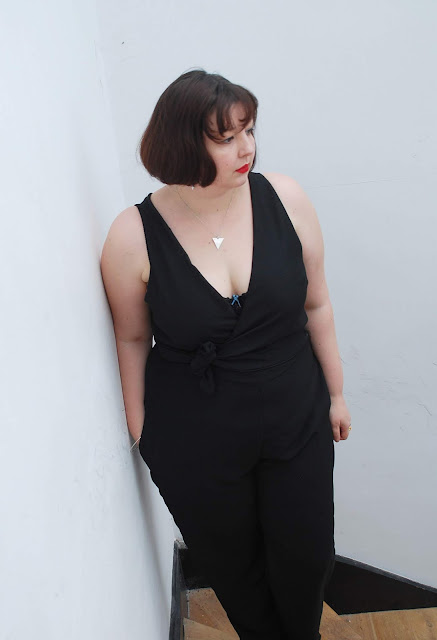 I've been trying to find a pattern for a black eveningwear jumpsuit for years, and everything I've seen is either way too casual or completely backless (why??). When Papercut Patterns released the Sierra jumpsuit I bought it pretty immediately - they've styled it very casually, but it looked a lot like my previous favourite black jumpsuit that doesn't fit anymore. I bought myself some black crepe and planned it in as my first project of 2019. 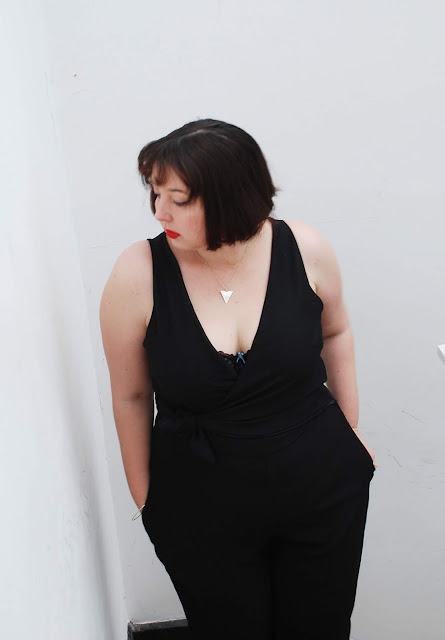 Let's be clear here: this version is a fail. The vibe is exactly what I was after, but it just doesn't fit. The thing I was worried about - awkward tightness and lines round the stomach - wasn't an issue at all, but that still leaves the fact that the back is too big, there's not enough room in the hips, and there is literally no way for me to wear this without my bra all up in everyone's face. I've gone back and forth on whether to just remake this exact same thing and I think I will (assuming the guy at Walthamstow still has the fabric), but a lot will need to change next time. 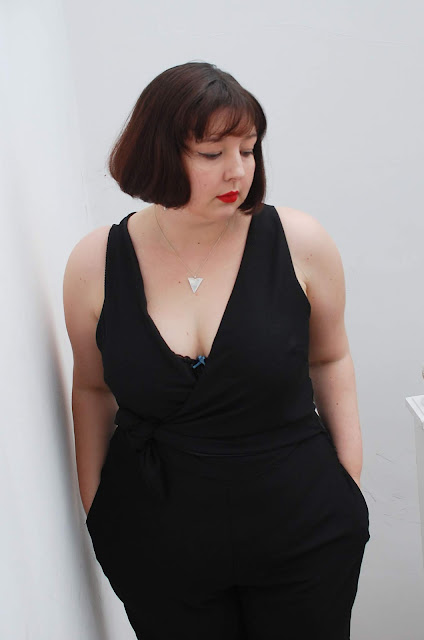 I spent ages scouring the internet for help and information on this pattern, but because it's so new there was almost nothing. I do not have the answers to most of the problems I had, but I can lay out some of the issues I came across in constructing this one. Some of them are my fault, some of them not so much.

Firstly (and I'm not sure which of the two categories this fits into), the pieces don't become jumpsuit-shaped until right at the end. The side seams and leg seams are some of the last steps in the whole process, meaning that a) there's zero opportunity for fitting and b) it's REALLY confusing when you actually come to sew the side seams together. You probably aren't as thick as me, but I did not keep track of where everything was supposed to go and had to do a whole bunch of unpicking when I realised one of my shoulders was twisted. I spent quite a bit of time sitting on the floor with what I can only describe as a line of jumpsuit, trying to work out which seams needed to go together. It's... an unwieldy project, let's say. 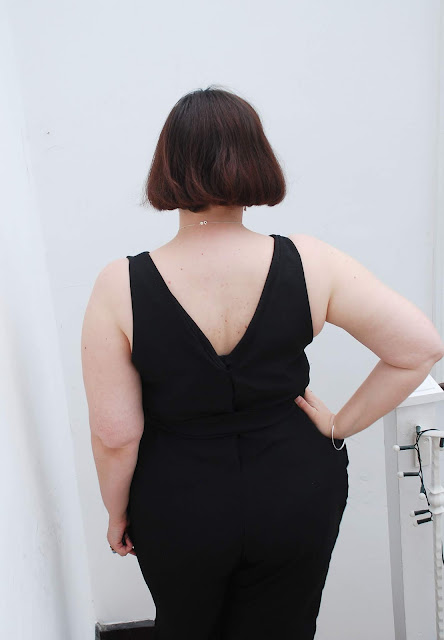 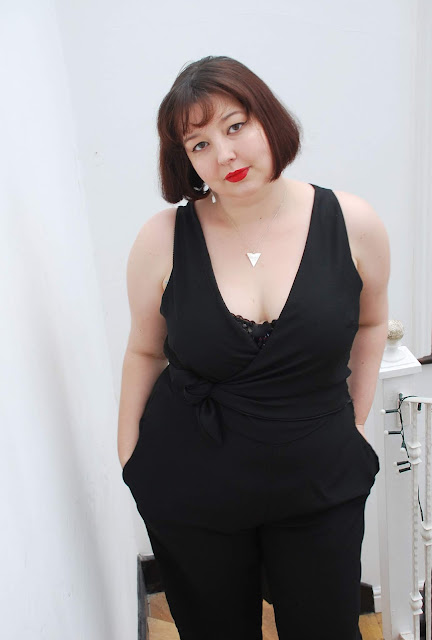 Secondly, I needed slightly more room in the hip than I gave myself and chose a super-light lining fabric. As a result of this the pockets on both sides slide outwards every time I move, giving me an extra-weird silhouette. I basically have to keep my hands in the pockets, or keeping yanking on the side seams, to get them to stay put. I think this bit is mostly my fault, if we ignore the bit where in-seam pockets in trousers are the devil's work and I am officially never doing them again. What is not my fault, however, is the pocket instructions. 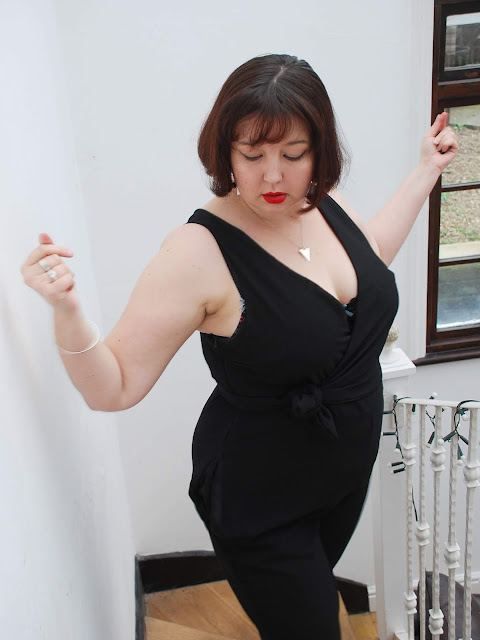 The instructions are the third, and worst, problem I had. I've never had issue with Papercut's instructions before, even in my Kobe review where I took issue with basically everything. And everything was going fine on this jumpsuit, right up until we get to sewing the pockets. The instructions have you sew pocket pieces to the trouser front only (using fairly specific instructions to do so) and then sew the second pocket piece onto the first, leaving one open edge attached to nothing. Following this, the word "pocket" is never mentioned in the instructions again. The diagrams for the side seams show a stitching line all the way down, and the zip - which is a side zip going through the pocket - is explained with only "insert invisible zipper" and moving on. I'm normally quite happy for instructions not to explain how to insert a zip, but this seems to me like a fairly niche skill and one that at least warrants a mention of the pocket. There is a little note that an invisible zip tutorial can be found on their website, but all I could find was standard invisible zip tutorials. Maybe they plan to do one for this specific pocket contrivance, and maybe it'll be helpful to some confused soul six months down the line. That does no good to me right now, though. 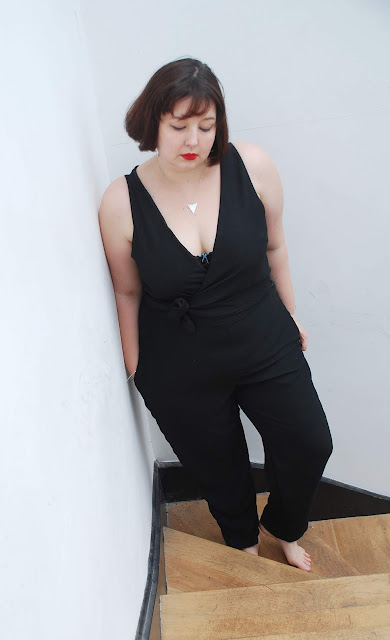 I eventually found this tutorial which enabled me to actually get the zip in, and I'm now absolutely certain that the pocket on the other side is just meant to be a standard in-seam pocket that they forgot to finish instructions for. Less hand-holding is one thing, leaving out steps in construction is another. Also it's completely inconsistent - they go into great detail about how to sew the first pocket piece to the side seam, so they can't possibly be assuming that you already know how to do this. There's a similar inconsistency issue with seam finishing instructions - they start by telling you which seams to finish and when to do so, and then they randomly leave out finishing the inside leg seams because maybe that particular one should be obvious? I don't know. 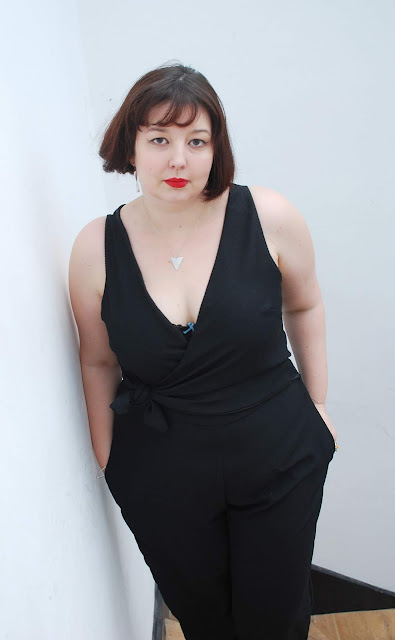 Bad instructions aside, if this had eventually turned into a garment I could actually wear I'd probably be much more chill about it, and I do still think I'll have another go. I am super into the idea of this style of jumpsuit and if it fit me properly it would be great for dancing in. However, to keep both wrap and pockets in place I have to stand as still as possible, and Dancing Jen isn't great at that. 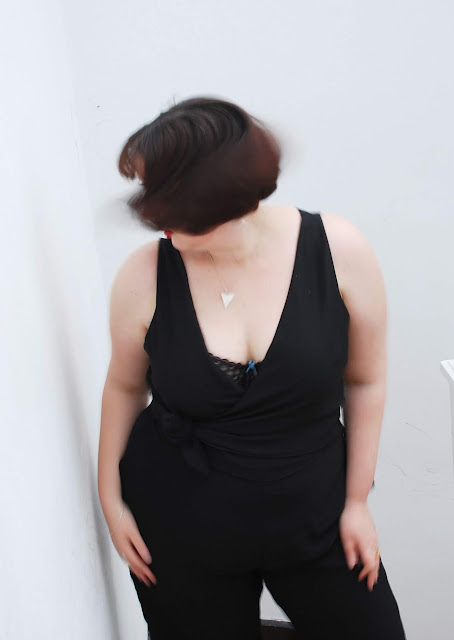 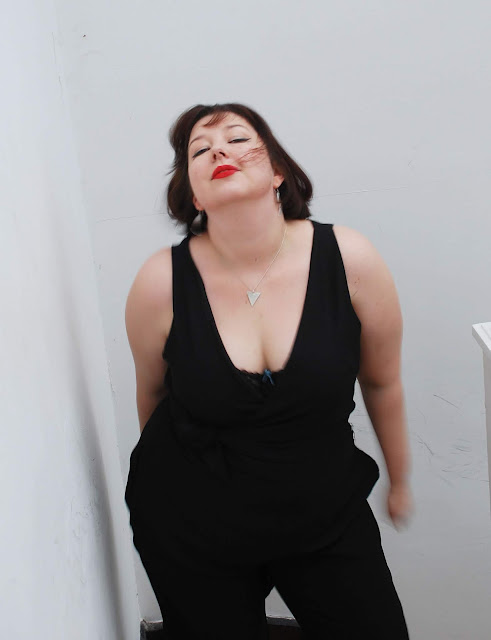 (I totally planned to do a full old-school dance party post, but I went at it a bit too hard and my camera couldn't handle it, so everything was blurry and mostly useless for a pattern review post. Also everything looked much worse afterwards, as you can probably see.)

At some point I might go back and take the pockets out entirely, thus giving me a vaguely wearable jumpsuit that I could put a long-sleeved top underneath for autumn/winter daywear, but this invisible zip was an absolute bitch that took me about twelve tries to get in nicely, and the idea of redoing that AGAIN makes me want to cry, so it's just going to go in a pile for the moment until I work out what I want to do. 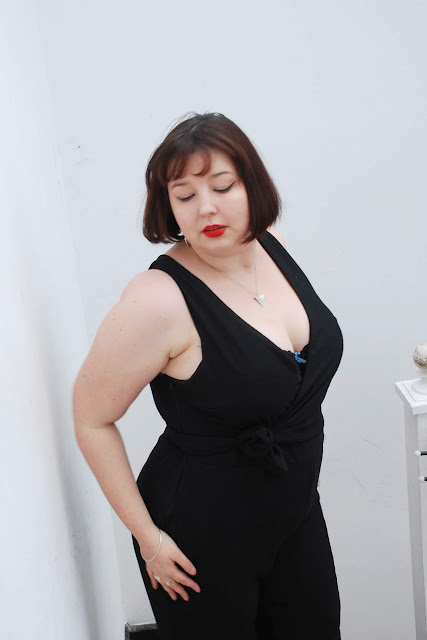 For my second attempt, I will: add a bit more of an FBA, add half an inch or so to the hips, take the back down a size, either omit the stupid pockets entirely or steal some slash pockets from a different pattern, use a slightly thicker lining fabric, and probably add another half inch to the length of the legs (this version is lengthened by an inch already). I'm not particularly looking forward to doing it, but I really want this jumpsuit to exist in a form that fits me. If it goes wrong a second time, I will start throwing things.

As making the jumpsuit took longer than I expected and I'm away from my machine visiting my partner's family this weekend, I really doubt I'm going to get anything done for a post next week. I've rejigged my project queue so that the next thing I make will be both familiar and brightly coloured, which should hopefully wash the taste out a bit and I'll be much less of a ball of fury when it comes to writing my next post. 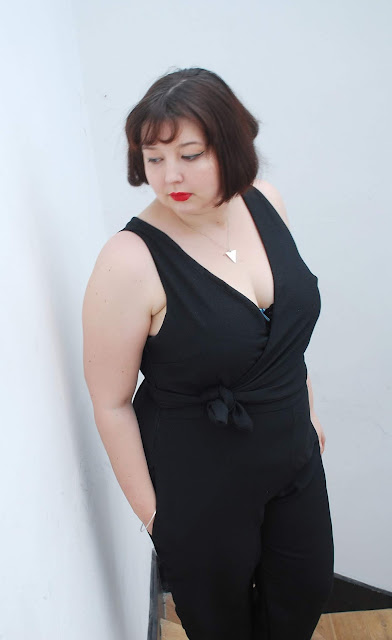