When I put M7789 on my summer plans, I had literally no concept at all of it being any good. I mean, look at it: 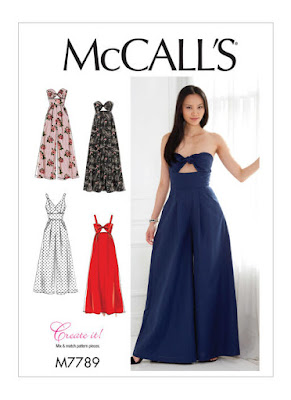 When I first saw that blue thing, I thought it was hilarious. I thought it was so hilarious I called my boyfriend over to laugh at it too. The giant trousers and basically non-existent top look so unbalanced together, and I just couldn't imagine where anyone would wear this or how they'd get it to stay up when they got there. And if it looks that ridiculous on this tiny beautiful woman, what chance do the rest of us have? But then I was thinking about high-waisted trousers and scrolling through Sew Direct, and I found myself looking at this pattern again thinking "actually the trousers themselves might be exactly what I'm after". Then I thought "hey, the view with the higher coverage top is actually not that bad" and before you could say "stupid unnecessary cut-out" I'd put the pattern in my basket. And instead of just leaving it to disintegrate in my pattern drawer, I got on with it pretty swiftly, with the full expectation of writing a hilarious comedy post about it afterwards. 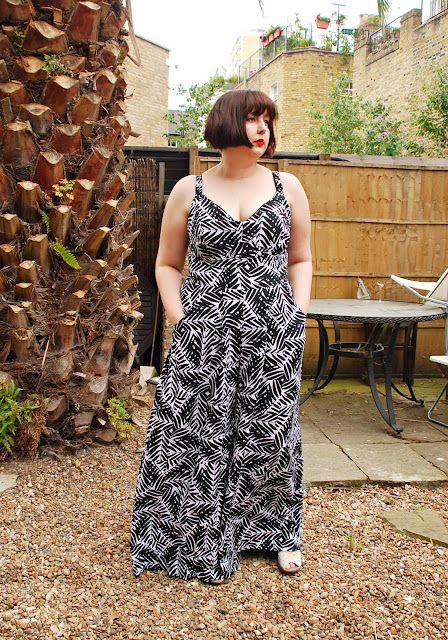 Look at it! This is actually fucking great. There is nothing I don't like about it. It's swishy and easy and comfortable and glamorous and I am one hundred per cent here for it. I'm still amazed. That blue thing! Can become this! 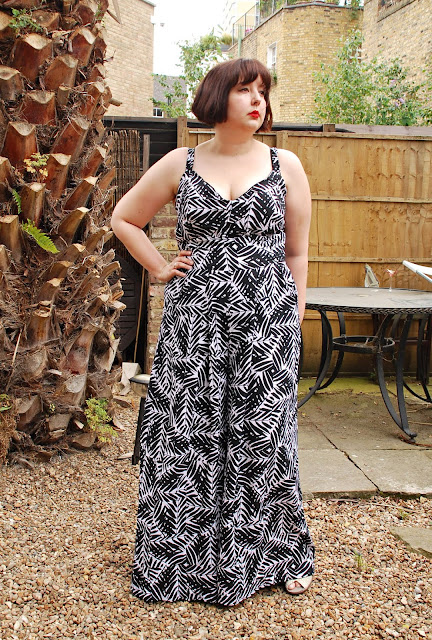 Originally I did make the jumpsuit with the cutout, but a combination of extremely large boobs and an extremely short waist means that I literally do not have sufficient space there for a cutout that size. There was a LOT of underboob (well, underbra, which is possibly worse). I filled the gap in with a piece of self fabric and topstitched it down, which works fine. I also had to put some fairly hefty darts into the bodice - I did a kind of cheat's FBA which ended up putting more space horizonally than vertically, which it turns out is not what I need. I also shortened the straps by several inches, which is pretty standard for me. What I did not have to do is size up in the hips. There is a ton of volume in these trousers. 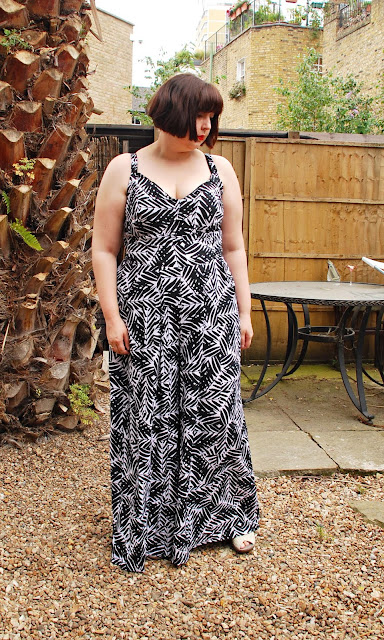 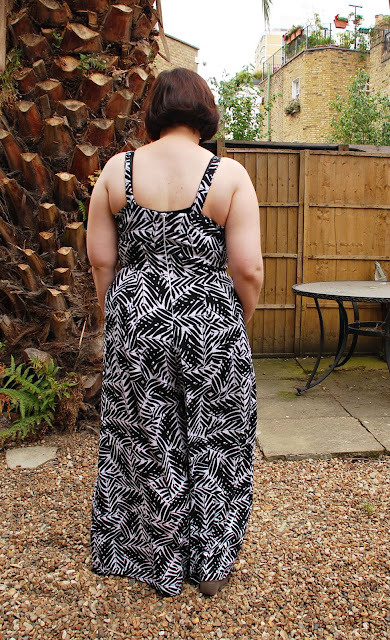 Look at that EXACT bra coverage. This has never happened to me before in the whole course of my life.

The top and waistband are lined, and I French seamed the trousers (including the pockets, which I haven't done before and which worked like a charm, to my surprise), meaning that I have a pretty clean finish on this everywhere except the zip tape. What's an attractive way to finish fabric there without adding a ton of bulk to it? The pattern instructions call for the waistband lining to be slipstitched in place and then topstitched, which is way more work than I am prepared to put into a casual summer garment. Why slipstitch if you're going to immediately topstitch anyway? I stitched in the ditch and it's fine. 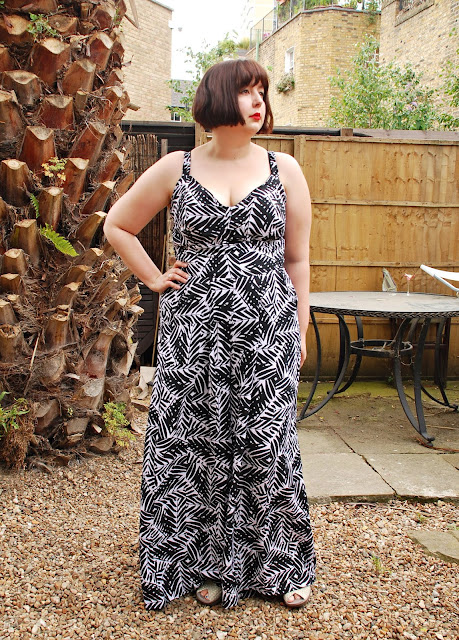 I will be making another one of these ASAP. I love it, and more than one person has basically ordered me to make myself a second version, so the black viscose I was planning to use for a maxi dress will probably become this jumpsuit instead. I am going to attempt making a pattern piece the size of the cut-out and putting that in from the beginning this time.

I will probably not post next week. This week is going to be stupid busy and my next project is likely to be... complicated. I've been trying to force myself to get on with making the cotton moto jacket I wrote into my summer plan, and realised a few days ago that the reason I wasn't getting on with it was because I couldn't visualise ANY outfit it would work with. So I'm abandoning that idea and replacing it with something much stupider - making a toile of the leather jacket I've been talking about making all year. I will need to trace my very first Burda magazine pattern, get to grips with cutting and working with leather, and learn all the new techniques I will have to use to make a biker jacket! Solid plan, Jen.
Posted by Jen at 13:00