Givre me one reason to stay here...

(You thought I was done with the convoluted music puns? NOPE.)

Yeah, I know, first post of the autumn and it's something that wasn't on my list at all. But there is a reason for that.

Last month I got an email from Camille at Deer and Doe, asking if I'd be interested in an advance copy of one of their new patterns in exchange for photos and a review. I've never been approached about this kind of thing before and applying to be a "pattern tester" has never interested me, but I really like all four of the Deer and Doe patterns I've previously tried and I respect them as a company, so I said yes. The pattern they sent me is not one I would have bought if I'd seen it for sale, but since it was free I thought it would be a good opportunity to try a Thing That Might Not Work (you know, like I said I was going to do in my 2017 resolutions and then didn't really). And here it is: 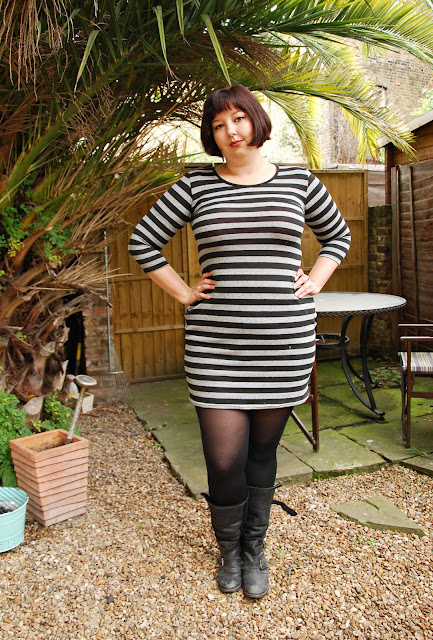 This is the Givre, a knee-length jersey bodycon dress, with three-quarter sleeves and a contrast yoke in view A and sleeveless with a scoop neck in view B. I was a bit nervous about this, because I do not wear bodycon dresses. From the front, I like to show my natural body shape and have clothes fit fairly close to my hips. From the side, not so much. I have a fairly sizeable pot belly and I do not like wearing clothes that cling to it. Dresses which mould themselves to the underside of my abdomen make me incredibly self-conscious, and stupid as it sounds I find it hard to concentrate on anything besides that if I notice that it's happening. With that and my general wardrobe preferences in mind, I decided to make view A as a mini, size up in the hips and use a thicker fabric. The pattern calls for light to medium weight jersey with at least 50% stretch, so I bought a sweater knit from Fabrics Galore that was stretchy and not too heavy, but would also be less likely to do upsetting things than a drapey viscose jersey. To make it a mini I cut the pattern at the length line for the smallest size, and this was probably slightly too short. It was perfect until I realised I had to hem it. D'oh. 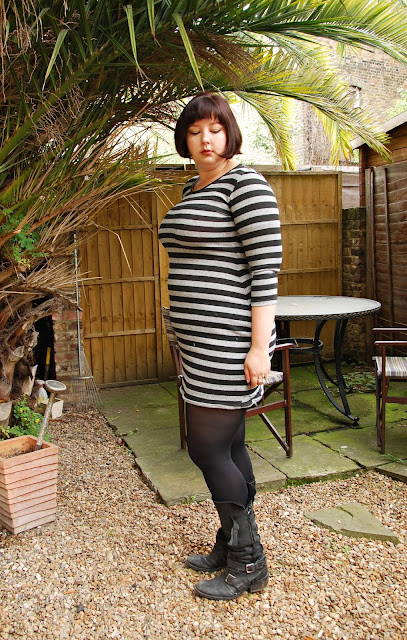 (This was first thing in the morning and as flat as I get. Give me a slouchy chair and a bowl of pasta and it's the widest point on my entire body. It's not the best.)

I cut a 44 in the shoulders, 46 in the bust and waist, and 52 in the hips. As I said, I do actually like my massive hips, but they do make for some weird-shaped pattern pieces. The dress came together very easily in a couple of hours, and is as well-drafted as Deer and Doe patterns always are. The pattern pieces have a fair amount of shape in them rather than relying on the jersey to do all the fitting work, which is what I've seen in a few other patterns, so the final garment is actually fitted to me rather than just stretched over me. 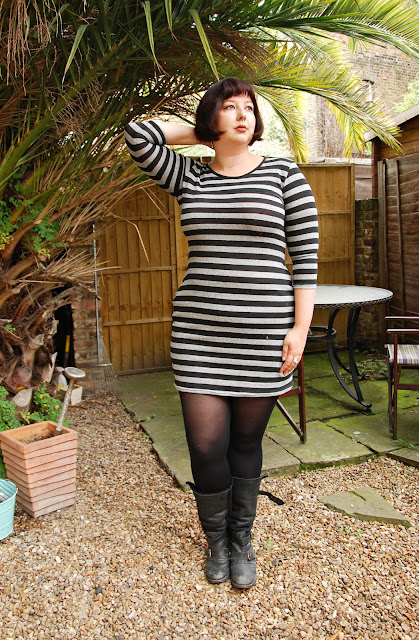 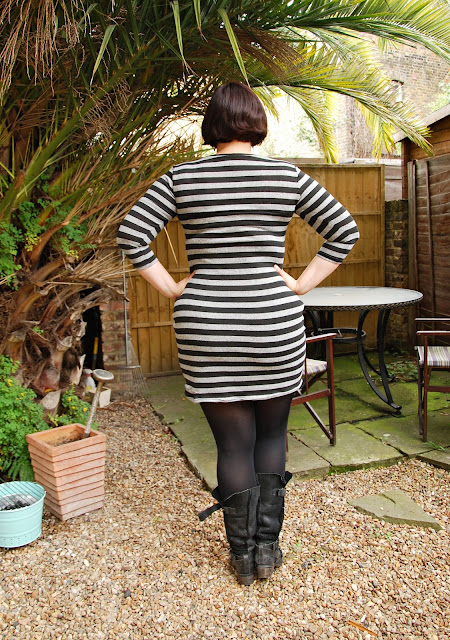 My absolute favourite thing about it is the neckline and skinny neckband. I've often not been quite happy with the way neckbands look on me (unless I've done something deliberate with it, like my stripy Vogue dress), but I've never really thought about why until I tried this dress on, looked in the mirror, and thought, "Wow, that neckline looks great." I think this looks way more professional than the wider neckbands, and I'm quite possibly going to alter all the neckband pattern pieces I currently have. I also think the proportion of the neckline itself is perfect. 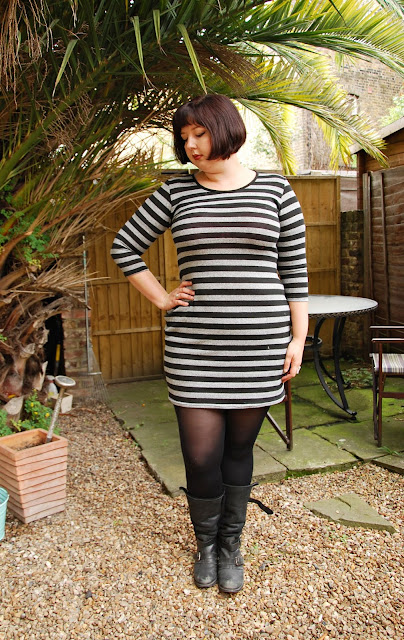 I think this dress is killer, but it remains to be seen how much I'll wear it. Even going up a hip size it's still a bodycon dress and it still clings. I can't tell you now whether I'll become comfortable enough with that to wear it outside regularly (as a dress, anyway. Because it's bodycon and I shortened it, I can easily wear it as a top under most of my skirts). But I'm not completely ruling it out because I love the way this looks from the front, and it's a great autumn dress. We'll see how much my confidence behaves as the weather gets cooler. If it turns out that I do wear it, I'll definitely be making another.

Either way, I will definitely be making this up as a top. It fits me perfectly, I love the neckline, and because of the yoke there's a lot of scope for colour-blocking. If subsequent versions go together as well as this one did, this could well become a TNT for me. 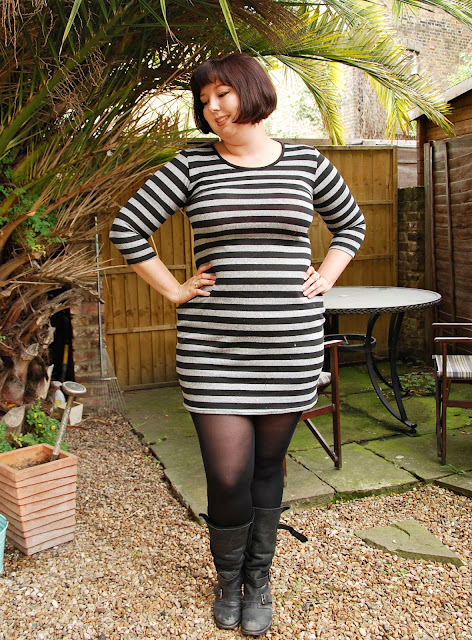